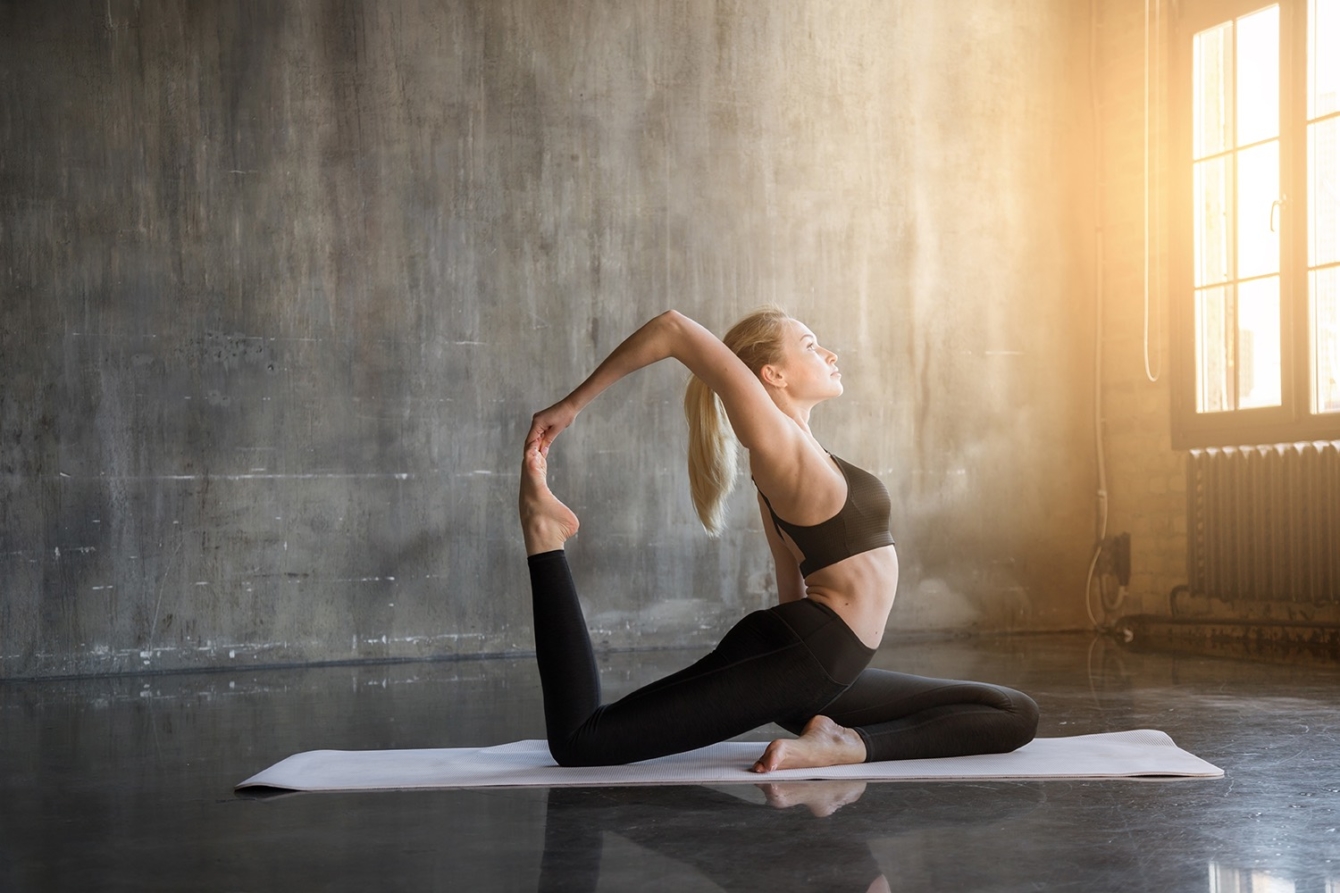 Yoga – the ancient Indian tradition of physical postures combined with breathing techniques – is as part and parcel of 21st century urban living as cappucchinos and croissants. But yoga is much more than your average wellness fad. It is a tried and tested technique to settle our stressed out minds and get us connected with our bodies again. Not unlike the effects of taking CBD, the wonder compound in hemp.

How about combining CBD with yoga? Could taking CBD help deepen your practice by calming your mind and helping to loosen up restricted joints?

Most of us probably have an idea of what we think yoga is. Maybe we’ve tried out a class in our local gym or gone on a yoga retreat somewhere idyllic. If right now, you’re imagining Madonna with her leg wrapped around her ears, believe it or not, this isn’t an accurate representation of yoga.

Yoga literally means union, a bringing together of mind, body and spirit. This can happen in the most subtle of movements, and certainly doesn’t require any eye-watering gymnastics. In fact, if you find yourself straining to keep up with your bendy neighbour, you know that mystical union has been lost.

That said, most yogis regularly attending yoga classes, notice an increase in flexibility, strength, and confidence in their own body. Other health benefits include improved bone density, increased blood flow, better sleep, a strengthened immune system, and greater mental clarity.

Sometimes though, after a nine hour day at the office, weathering the emotional outbursts of a sociopathic boss, feeling all zen on our yoga mat can seem like an impossible task. Increasingly, urban yogis are reaching for the balancing powers of CBD oil, the all natural compound found in hemp.

Yoga and hemp – a long history together

Hemp, like yoga, finds its origins in india. In fact, according to ancient texts, the god Shiva gave hemp to mankind after returning from the Himalayas.

The 19th century Indian Hemp Commission recognised hemp’s spiritual significance to Hindus stating: “To the Hindu the hemp plant is holy…So holy a plant should have special rearing. Shiva explains to his wife, Parvati, how, in sowing hemp seed, you should keep repeating the spell ‘Bhangi’, ‘Bhangi’, apparently that the sound of that guardian name may scare the evil tare- sowing influences…Much of the holiness of bhang is due to its virtue of clearing the head and stimulating the brain to thought. Among ascetics the sect known as Atits are specially devoted to hemp. No social or religious gathering of Atits is complete without the use of the hemp plant.” CBD – 21st century hemp health

CBD, otherwise known as cannabidiol, is a naturally occurring compound found in hemp. Unlike the hemp concoctions enjoyed by ancient yogis and sadhus, CBD doesn’t have any intoxicating effect. Quite the contrary, CBD is thought to aid concentration and focus.

Recently, CBD has been splashed across the press and wellness media, thanks to its calming properties, anti-inflammatory effects, and balancing nature on our bodies and minds.

CBD is thought to help regulate our endocannabinoid system (ECS) – the body’s complex network of receptor sites and neurotransmitters constantly working to create homeostasis across all biological activity. Stress, lack of sleep, too much alcohol, and poor diet can all deplete our ECS, leading to a host of health conditions such as IBS, fibromyalgia, and migraines.

In the UK, CBD is available as a health supplement, with many people incorporating CBD products into their daily wellness routine, just like any other vitamin or mineral.

CBD and yoga – a match made in heaven

So what happens when you combine CBD and yoga?

First things first, it’s important to take your chosen CBD product about half an hour before starting a yoga session. That’s because CBD takes between 20 minutes to an hour to have an effect, depending on the chosen delivery method (oil, edibles, vaping etc).

Once CBD is working its wonders, most people find their agitated minds feel calmer and less scattered. I know when I start a yoga class, my brain is usually picking over what’s happened in the preceding 12 hours, or planning what I’m going to eat when I get home. This is completely normal, but the fact that CBD can ease that journey into the present moment, makes it a useful way to get the most out of your yoga class.

On the purely physical level, CBD may also enhance the yoga experience. As a powerful anti- inflammatory compound and muscle relaxant, CBD can allow you to go deeper into your postures, getting close up and personal with those uncomfortable physical edges we normally flee from in life.

But don’t take our word for it. Why not test out our MEDA CBD drinks before a class and compare their effects? We’d love to hear about your experiences of combining MEDA CBD nutritional range with your yoga practice. Leave your thoughts in the comments section below.